Was watching a documentary about mechanical fire control computers. Back in the days if you wanted to shoot a cannon (or missile) and hit anything  you’d have to use a insanely complicated analog machine to calculate your heading and inclination based on charge, wind range speed of self and target etc. At a time not long ago only states could afford such machines. In comparison today even a basic Arduino would be able to calculate hundreds of “firing solutions” every second.

Being a friendly pacifist I don’t actually want to shoot anyone or anything but still fascinated by the elegance of shooting and hitting precisely I decided to make a small magnetic launcher. 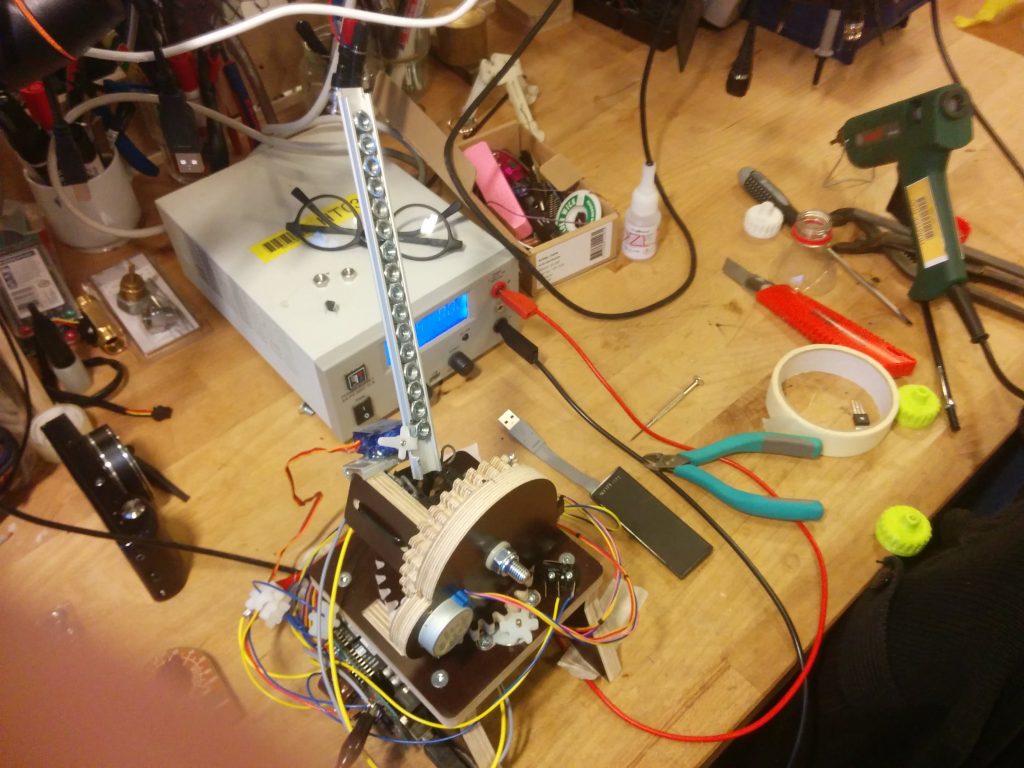 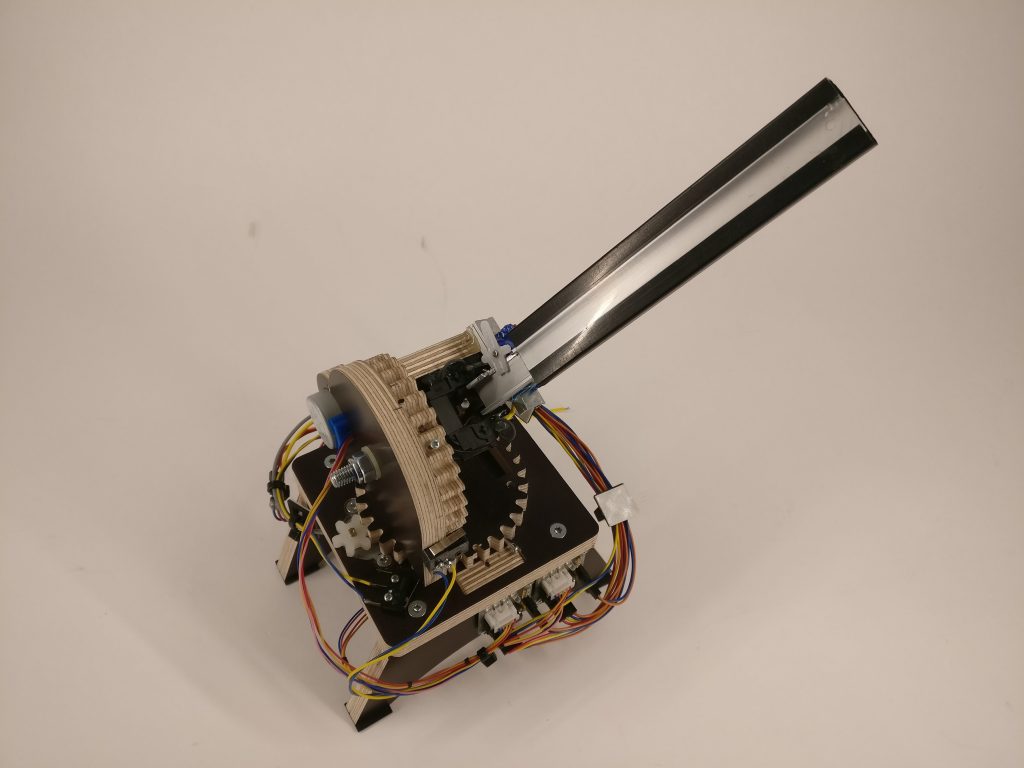 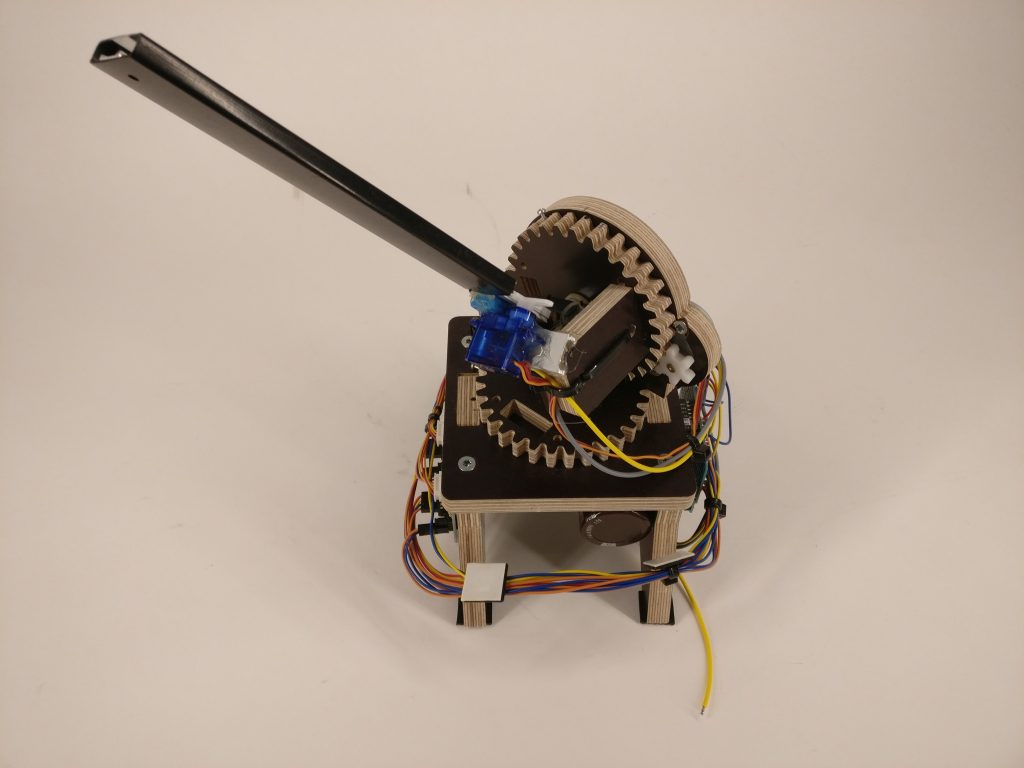 The launcher consist of a hollow coil from a large relay. A laser cut insert holds a M8 nut in a very exact position. 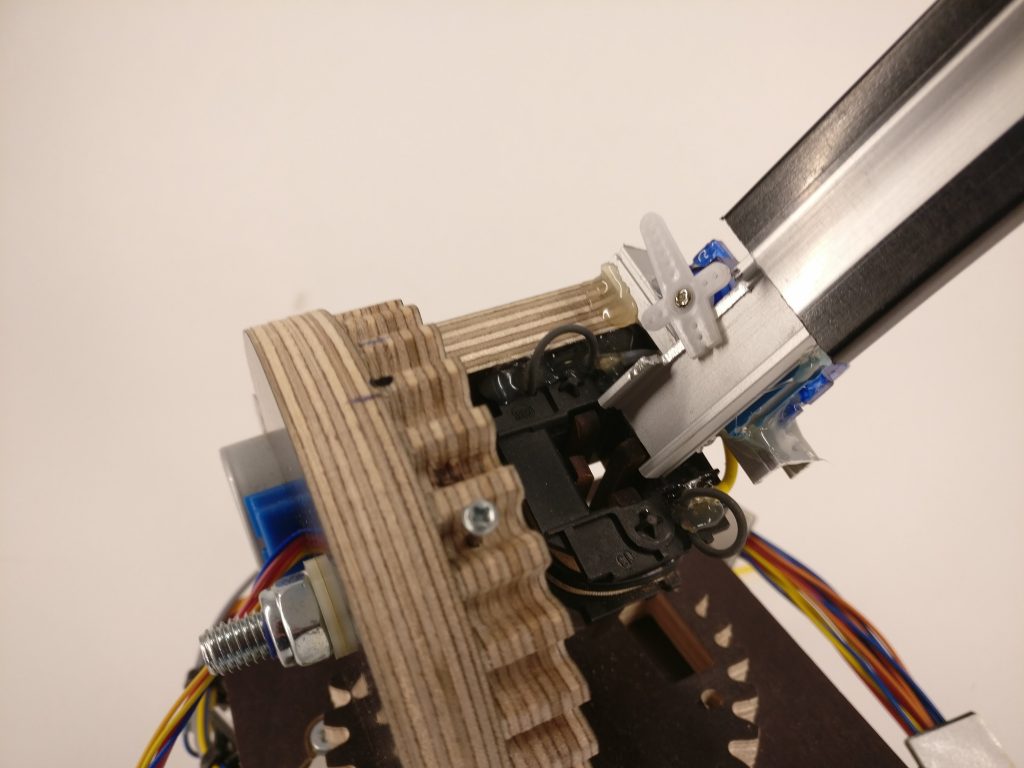 A 10.000µF capacitor is charged to 48V and parts of this charge is dumped into the coil via a MOSFET, by varying the on timing. This simulate the charge load of a cannon.

The launcher is mounted on a stepper motor driven turret which allows for very precise inclination and azimuth positioning.

A piece of aluminium extrusion acts as magazine and a small servo drops one nut at a time into the magnetic coil.

Here is a video of the launcher hitting multiple targets:

After the initial prototype I decided to 3D print the coil former and loading mechanism: 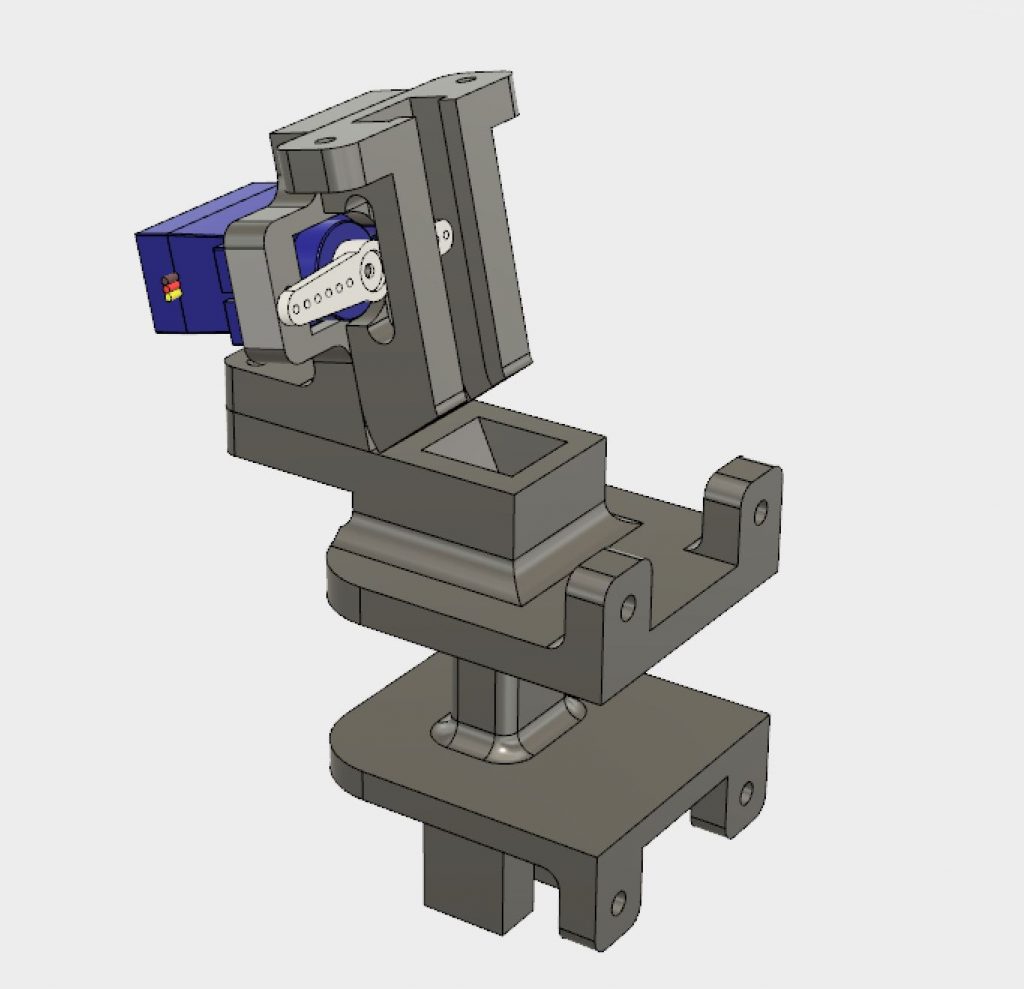 A larger magazine can be mounted on top of the mechanism. 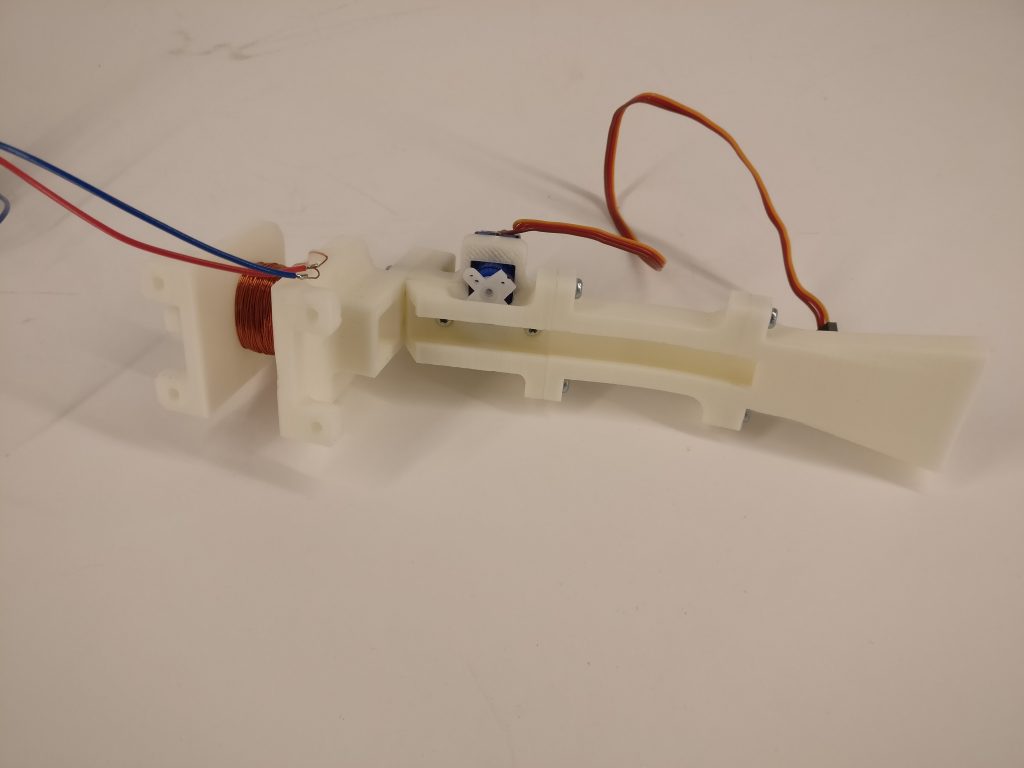