A friend bought me this at a garage sale: 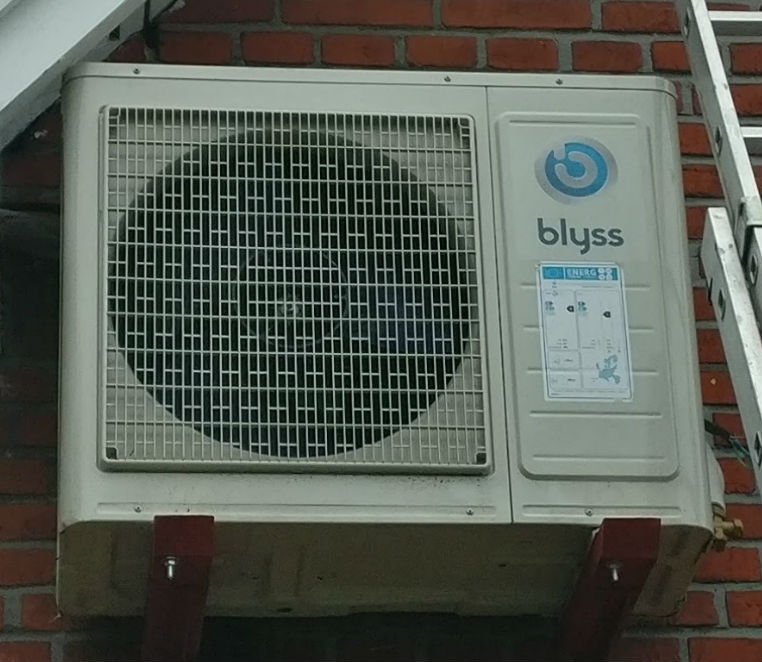 The system consists of two units: the outdoor unit (shown above) and an indoor unit. When installed the units are connected with copper piping in which a cooling agent flows between the units moving heat forth and back.

After reading up on the subject I found out that upon (re-)installation the pipes had to be evacuated (have the air sucked out) before releasing the cooling gas into the pipes. This is needed to remove air and moisture from the pipes that would otherwise interfere with the cooling process.

The outdoor unit has two manifolds where the copper pipes are attached: 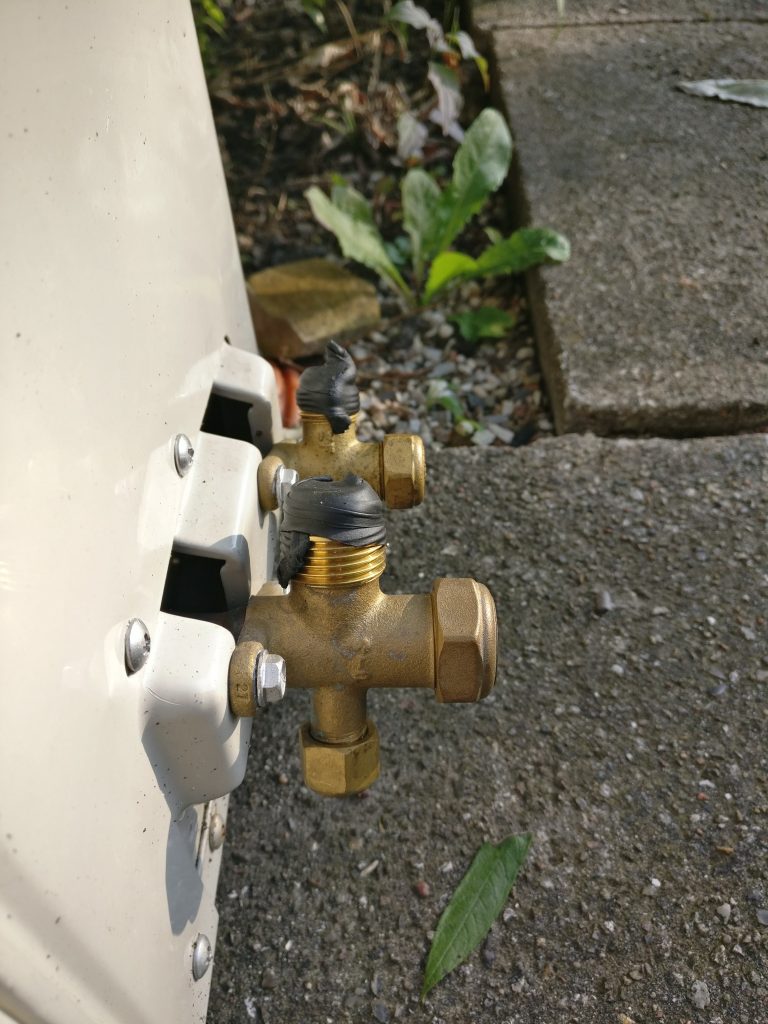 Each manifold has an end-cap covering a valve that allow opening of a path between the unit and the pipes. One manifold also has an extra branch where a vacuum pump and/or filling station can be attached.  This branch is fitted with a Schrader valve that opens when pressed: 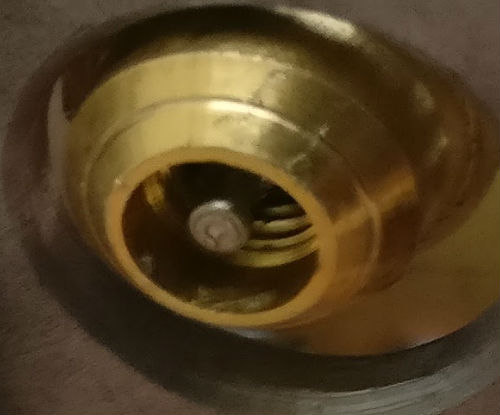 A special tool is available for pressing the valve and connecting to a vacuum pump: 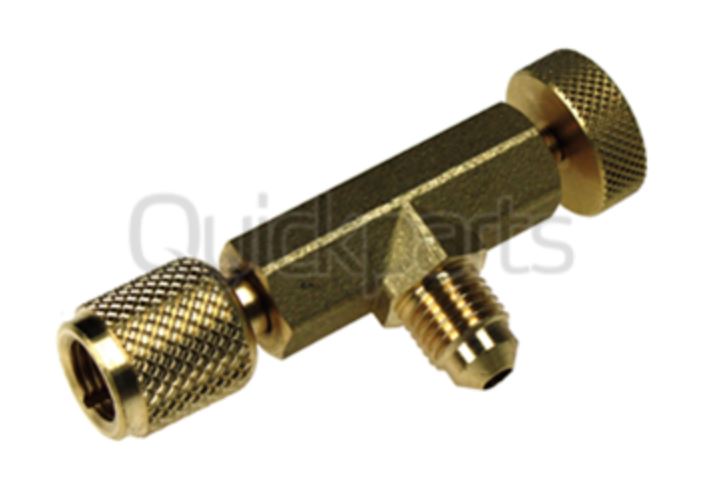 I quickly bought one without checking the thread properly. It turns out that each brand of heat pump has its own special thread and I had bought the wrong one…

Being a proper inventor I (and not able to return the expensive part) I attacked the problem with digital fabrication. First I created a digital model of the valve parts: 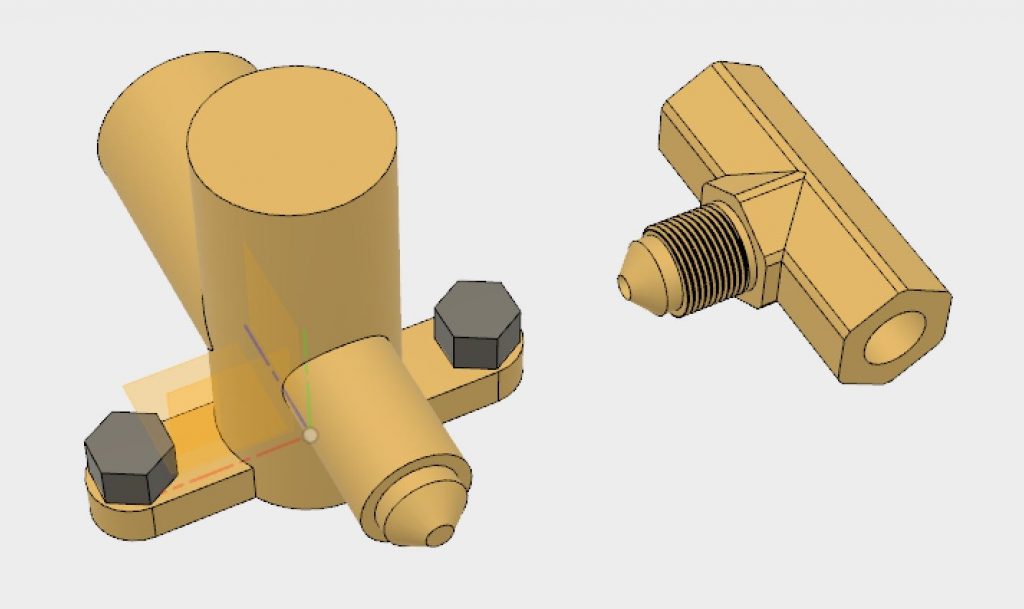 I then designed a clamp system that would attach the parts regardless of the thread:

The hooks are made from 3mm laser cut steel

The hack worked right away. I was able to get a really good seal and the valves seemed firmly attached.

I could now precede to pump the air out of the system. After a few minutes of running the vacuum pump I could no longer see any air escaping from the pump so I assumed that all was good.

The system has now been running for a couple of weeks and everything seem fine and I am enjoying a toasty warm bedroom.