Was working with the MLX90640 thermal imager chip and wanted to do some pixel interpolation to improve the visual image quality. One of the MLX90640 examples from Adafruit used Gaussian blur to smooth out the pixels and I thought it looked pretty good. Since I wanted to implement the image processing in a micro controller I needed a lightweight algorithm to calculate this. I started by looking into Gaussian blur and realized that it was actually pretty heavy to calculate. For each pixel in the resulting image a bunch of surrounding source pixels from the original image has to be sampled and their values taken into the calculation 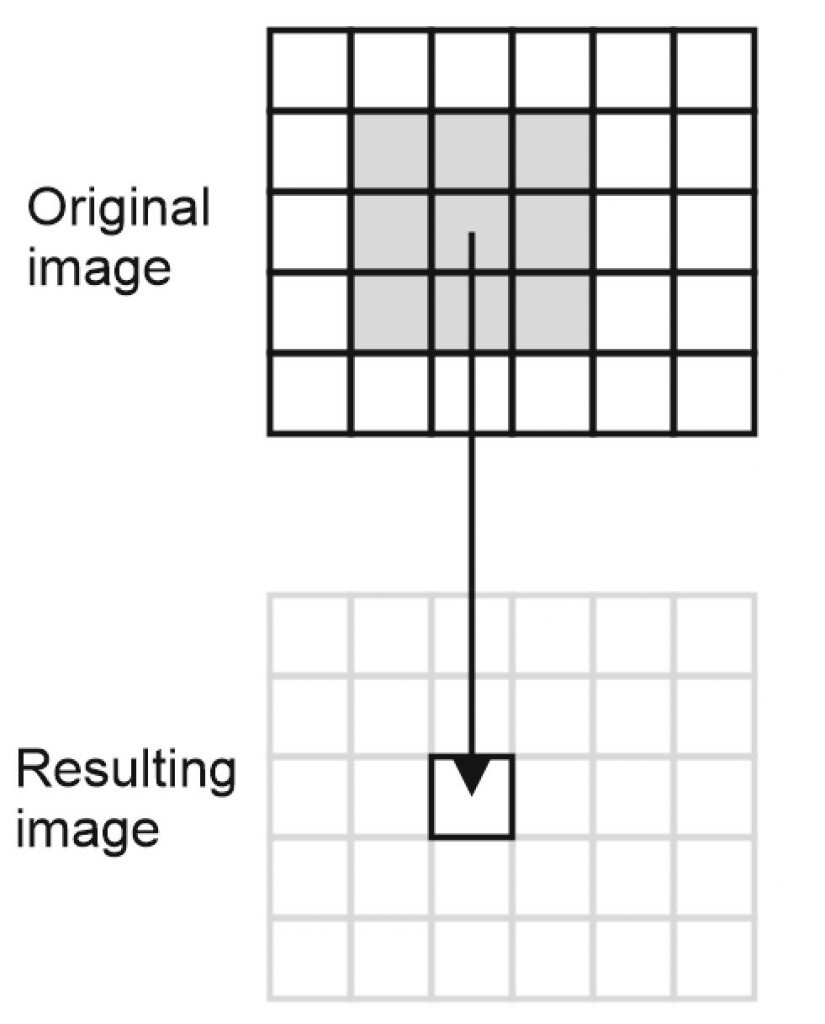 Each surrounding pixel is multiplied with a kernel factor and added up to form the new pixel. I found this  Gaussian kernel calculator online. I chose a 3 by 3 kernel since it seemed to be a good compromise for my application.

I made the calculation pretty fast by creating two arrays, one containing the address offsets for each source pixel to be sampled with respect to the pixel being calculated, and one containing the kernel factors. In case of my 32  pixel wide sensor image:

Where ‘n’ is the address of the resulting pixel.

At some point I realized that the very same algorithm could be used to create sub pixel interpolation thus actually increasing the number of output pixels. I started to divide each output pixel into four sub pixels: 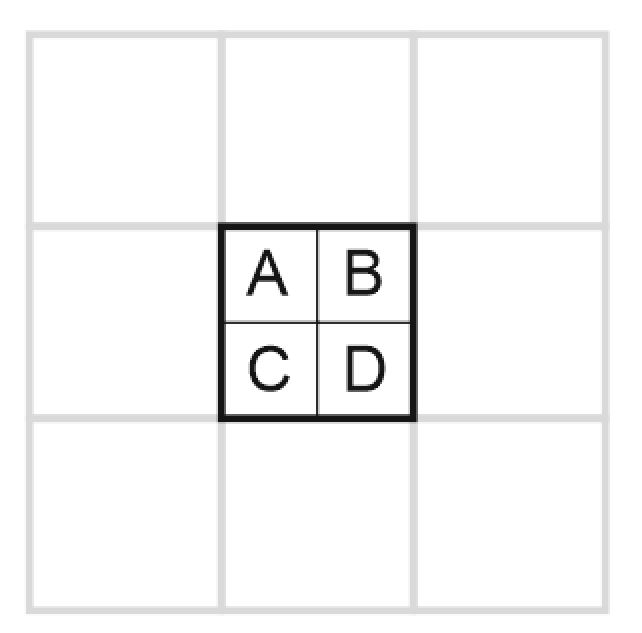 The surrounding pixels could then be equally sub divided and their values multiplied with the kernel factors: 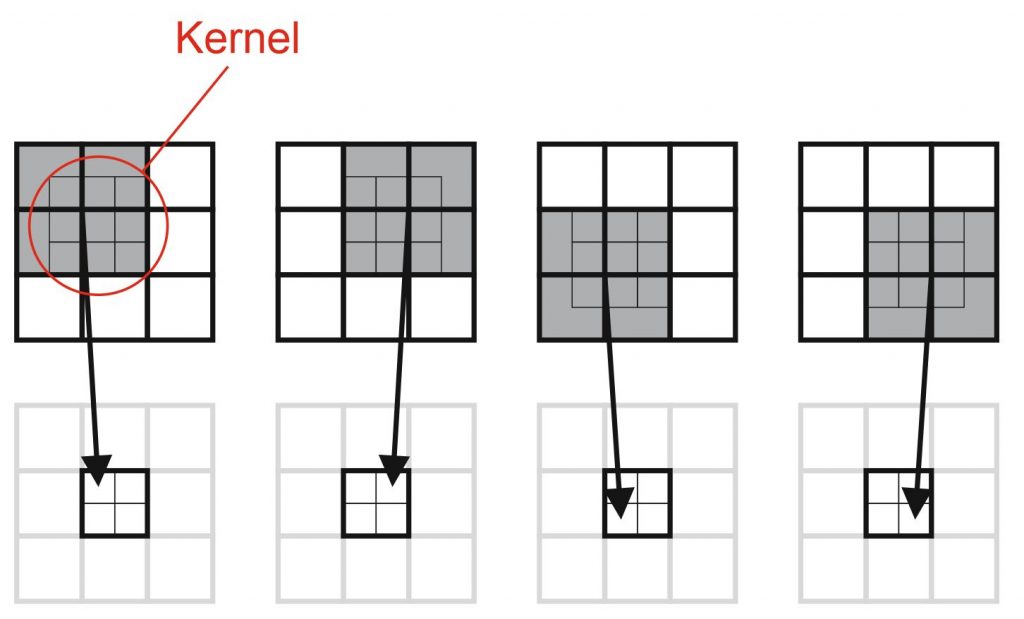 Noting that many of the source pixels were actually the same larger original pixel the 9 original calculations could be combined into four. Here are the 4 calculations for each sub pixel: 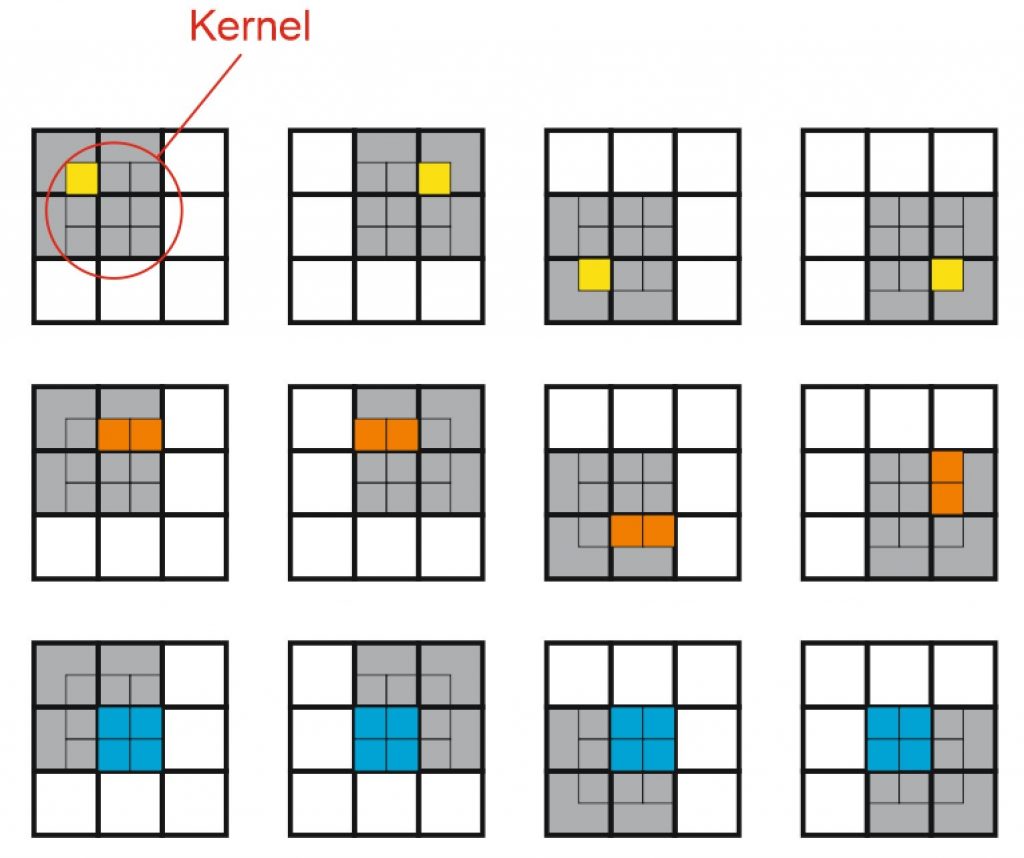 I looked at the sub pixel output addresses, source pixel address and what calculations needed to be performed to find a logic relationship between these:

When I looked at the binary address of the output pixels I observed some useful patterns . Assuming counting the destination(sub-pixel) address up from 0 (upper left sub-pixel) to 2688 (lower right):

Using these various bit fields the appropriate action for each output pixel can be extracted: 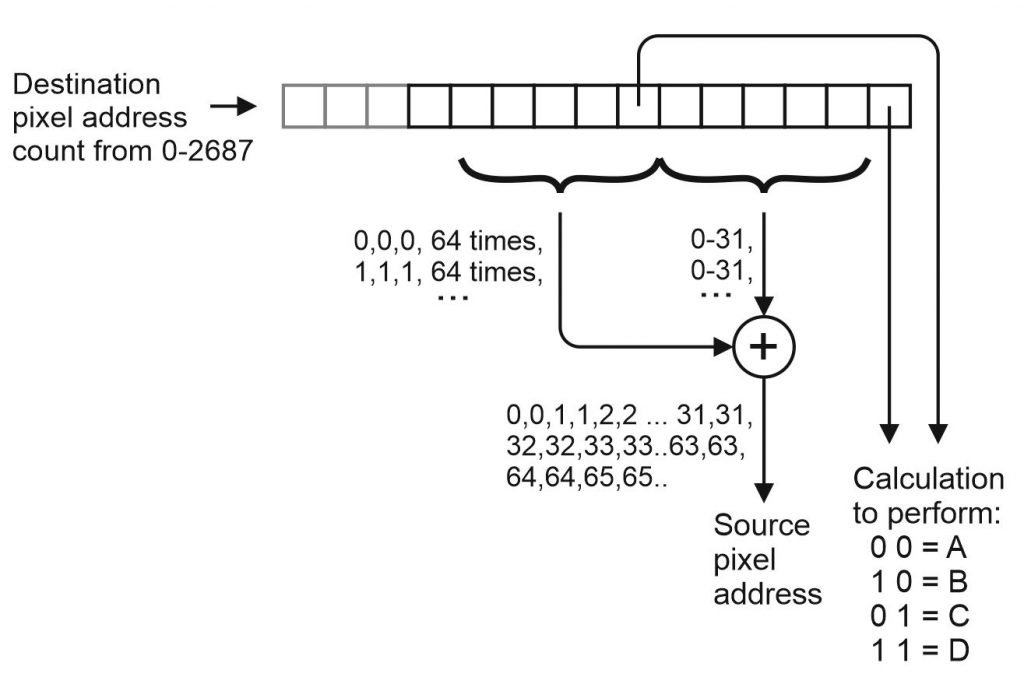 The above can be thought of as a kind of sequencer that guide the algorithm through the calculation in a more efficient way than just brute force.

Here is the code to do this: