I used to work in experimental physics and have a lot of experience with high vacuum. For a long time I have been wanting to do some experiments involving high vacuum but I haven’t had access to the right equipment.

To make a really good vacuum you need what is called a ‘roughing pump’, which is typically just a rotary vane or membrane pump, followed by some kind of molecular pump. The roughing pump removes most of the air from the vacuum chamber but stops being effective at very low pressures. To achieve the very high vacuum either a vapor diffusion pump or turbomolecular pump is used to literally push the last molecules down the inlet of the roughing pump. Vapor diffusion  pumps are messy and difficult to operate so for the longest time I have been on the lookout for a turbo molecular pump that I could afford.

Recently a good friend walked by a dumpster and found this beauty: 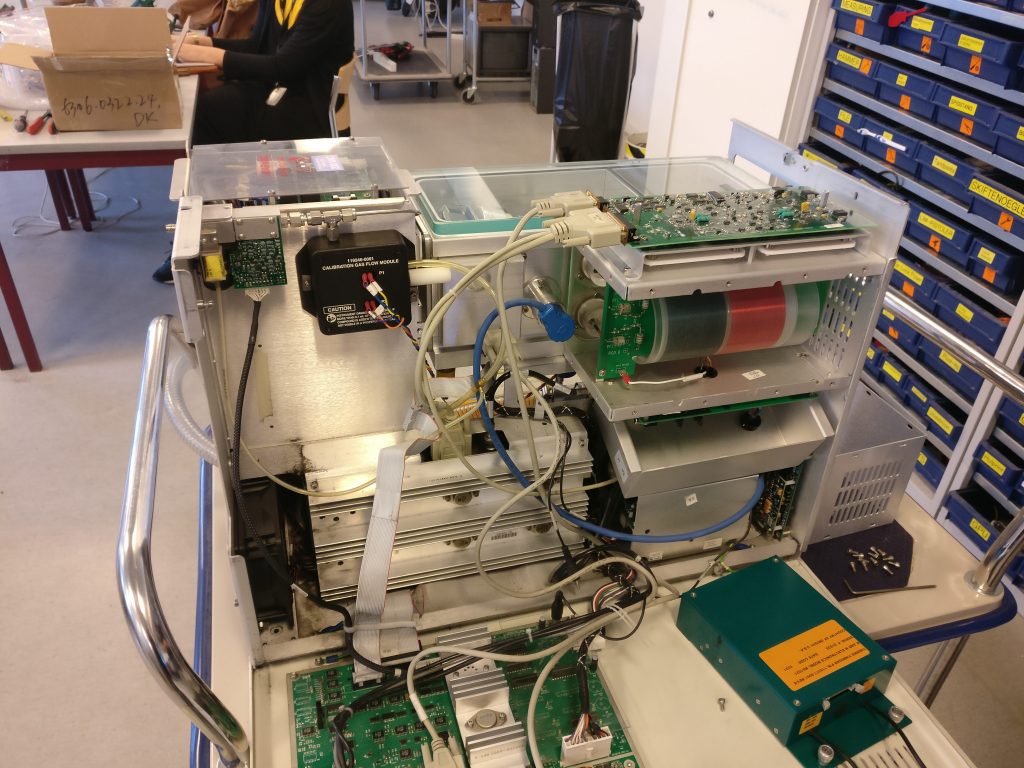 It was the guts of a quadropole mass spectrometer.  Apart from some interesting electronics bits the system was fitted with a large Edwards Scientific turbo pump: 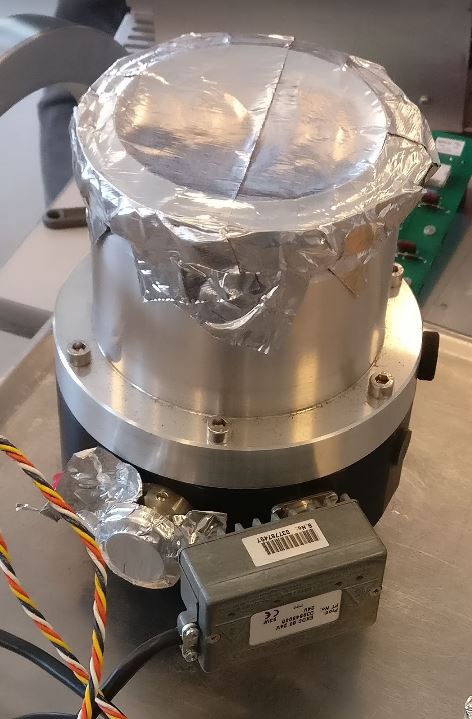 It is usually pretty complicated to drive the motor in these pumps. They have brushless DC motors running at 50000+RPM drawing up to a couple of hundred watts. Luckily this unit has build in driver and in theory you could just hook it up to 24V DC and it would spin up.

A pump like this only works if a pretty good vacuum has already been established and running it at atmospheric pressure would quickly destroy it. Usually some kind of controller will monitor the pressure before sending an enable signal to the pump. After examining the wreckage of the mass spectrometer we found that it contained such a board and that it was completely autonomous to the rest of the system. We pulled the board, sensors and power supplies and mounted it on a board for testing: 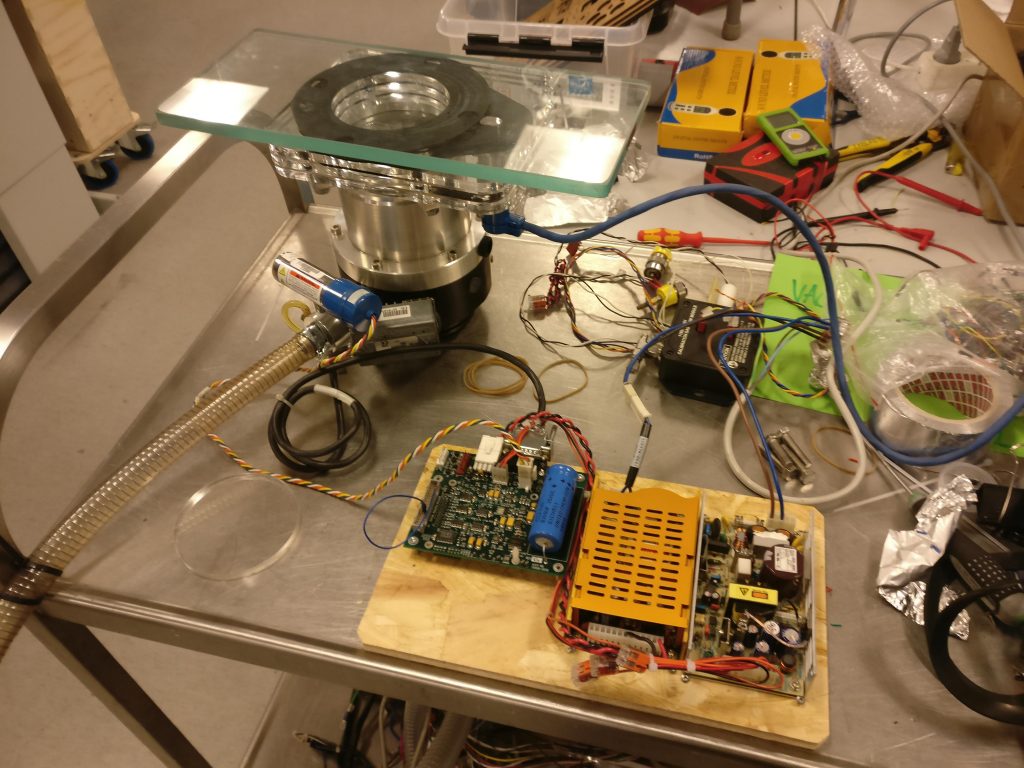 Since both the turbo pump and ion gauge is destroyed if powered in atmosphere an external pump must bring the pressure down enough before these are enabled. By probing around the connectors on the board I found voltages representing the pressure from both sensors. In the future I will make a display for these. 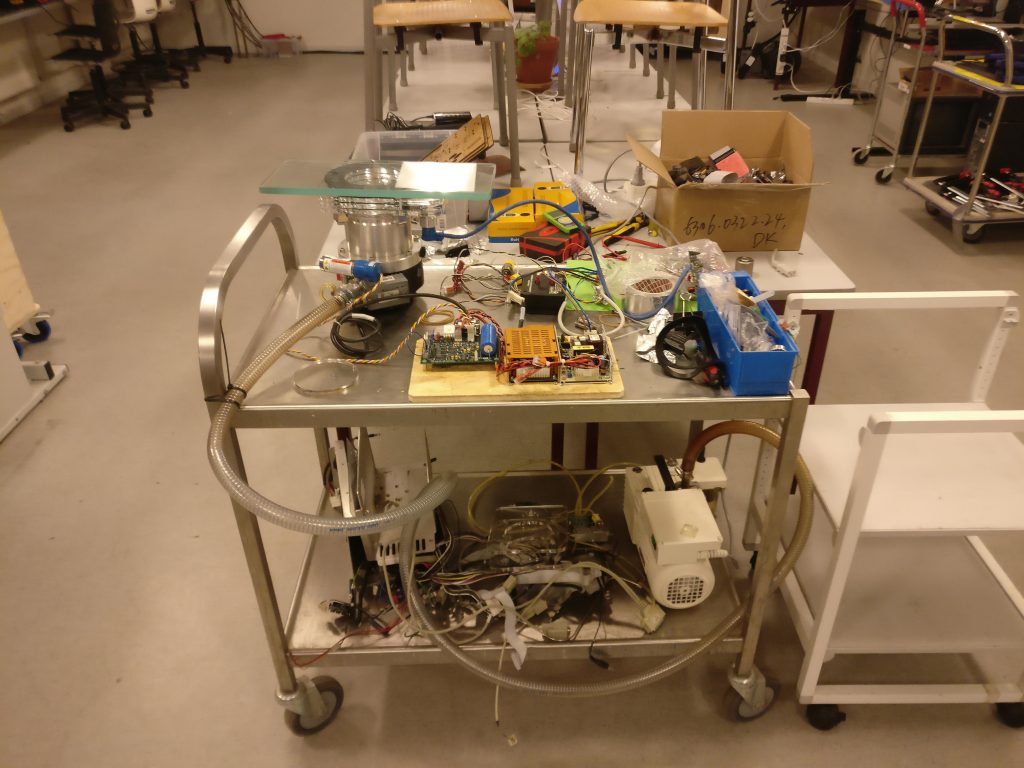 I unplugged the ion gauge and tested that the turbo pump would start after the roughing pump (also a dumpster find) had run for a while. In the beginning nothing happened which turned out was the result of a small leak preventing the pressure from going low enough.

I then built another enclosure that also incorporated the ion gauge: 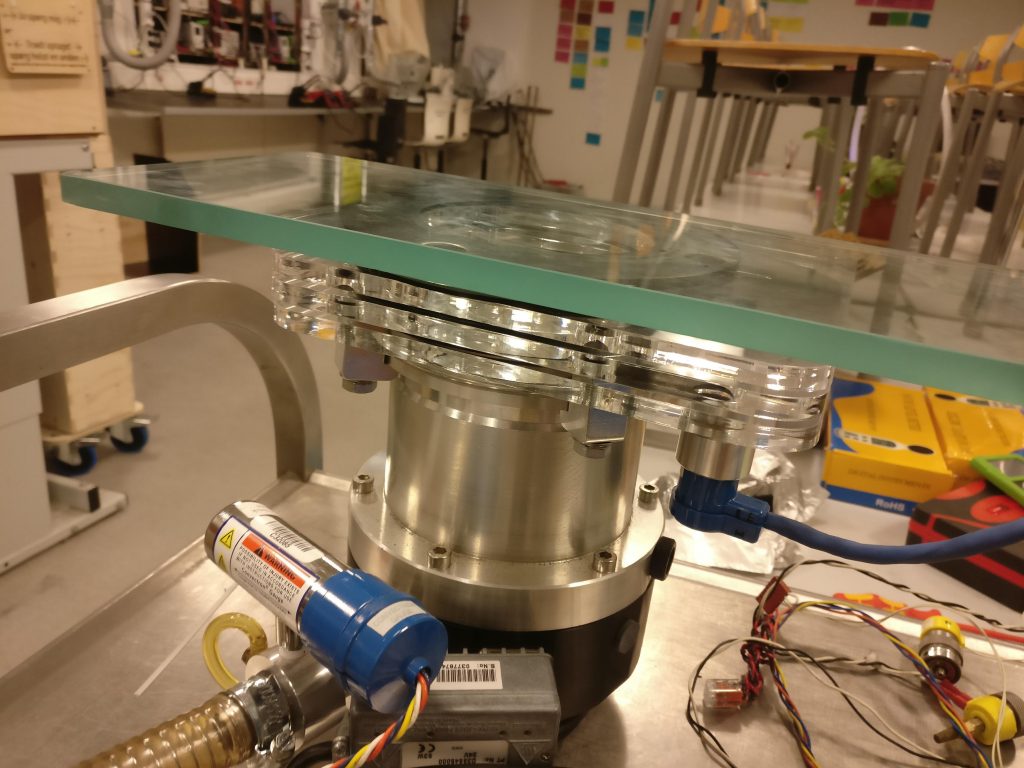 All seem to work just fine and I look forward to make some electron gun and sputtering experiments.