Was building a construction that needed a large mechanical Iris. Wanted something like this: 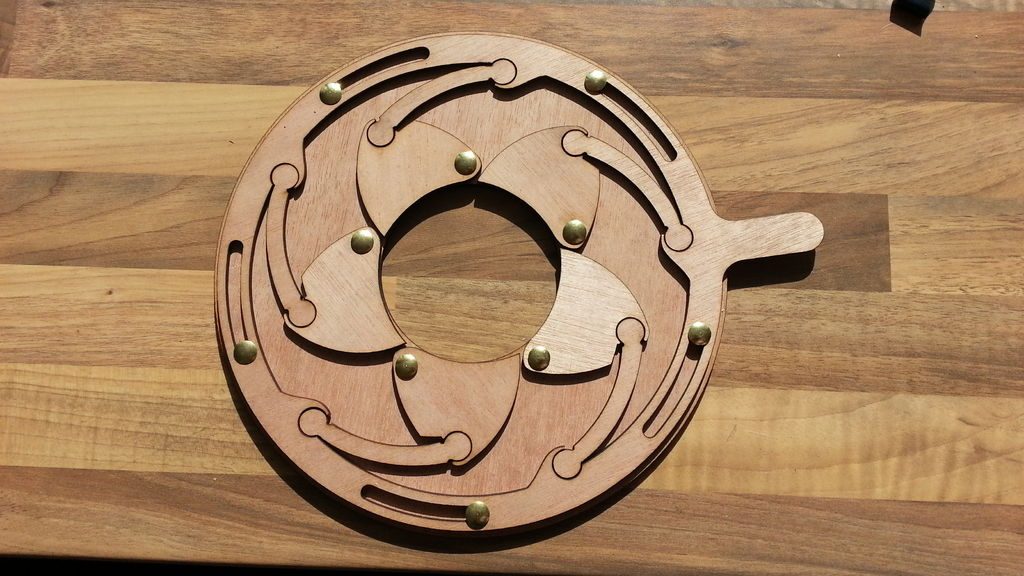 Realizing I didn’t have enough space around the opening I needed the blades to fold inside a small perimeter. I decided to divide each blade in two to save space. Each part of the blade would have to move at different speed so I decided to try a gear approach coupling the movement of the blades with a planetary gear: 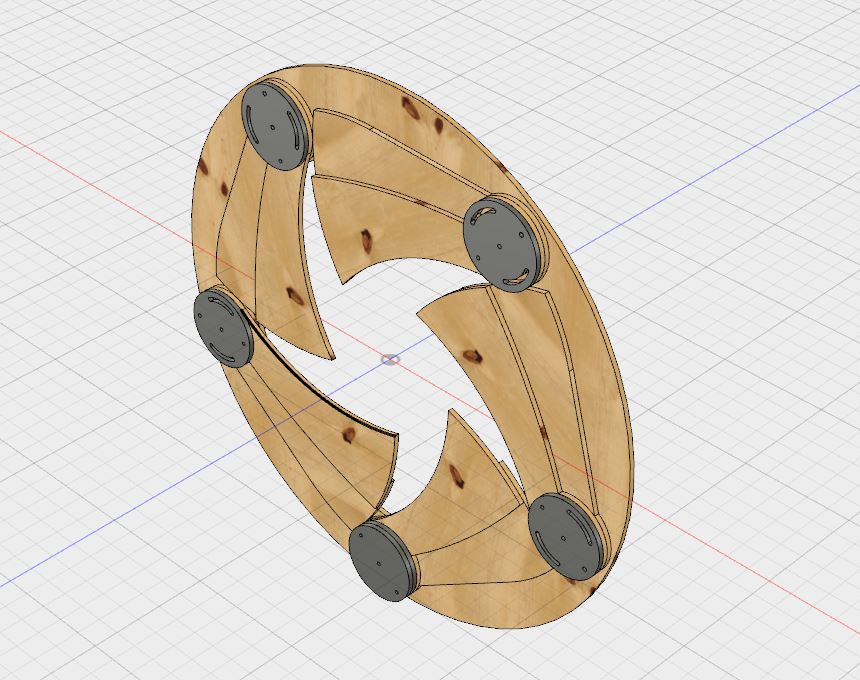 Eventually i settled on the ratio 10:18 and made a physical test model:

The model was cut from 3mm hdf and I used 3mm grub screws for the planet hubs.

Once satisfied that each blade would work I made a full mockup of all five blades. I originally planned to use wires to connect the blades: 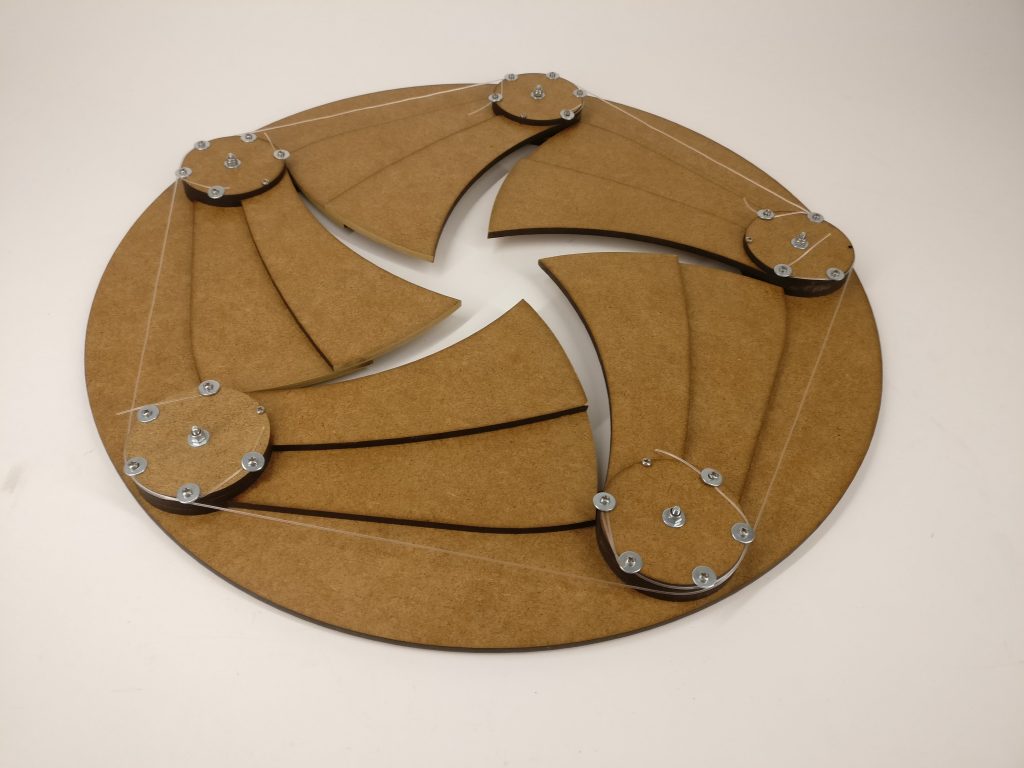 This worked quite well but required a very sturdy outer frame to work right. Pulling on one of the blades (which is how the iris is operated in the application) would warp the frame and cause the blades to open unevenly.

Eventually I realized that I could use simple push-rods between the blades for a much smoother operation: 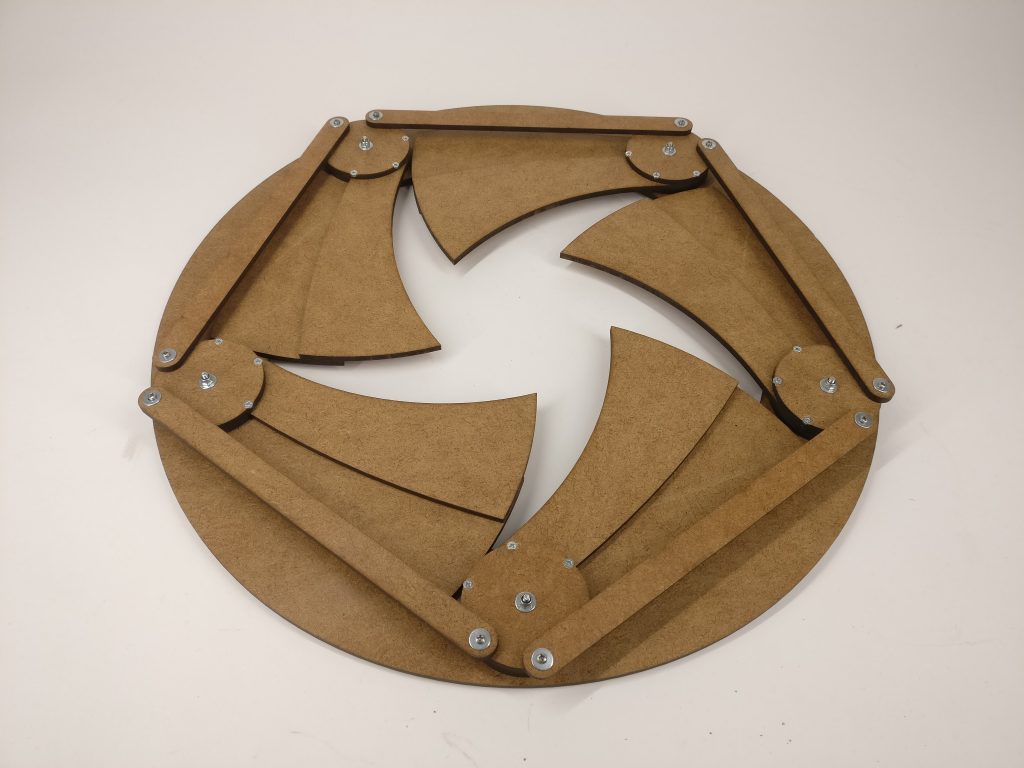 This also eliminated any adjustments and allowed all parts to be made with machine precision. The end result was a relatively simple mechanism that would fold into a much smaller footprint than the original: 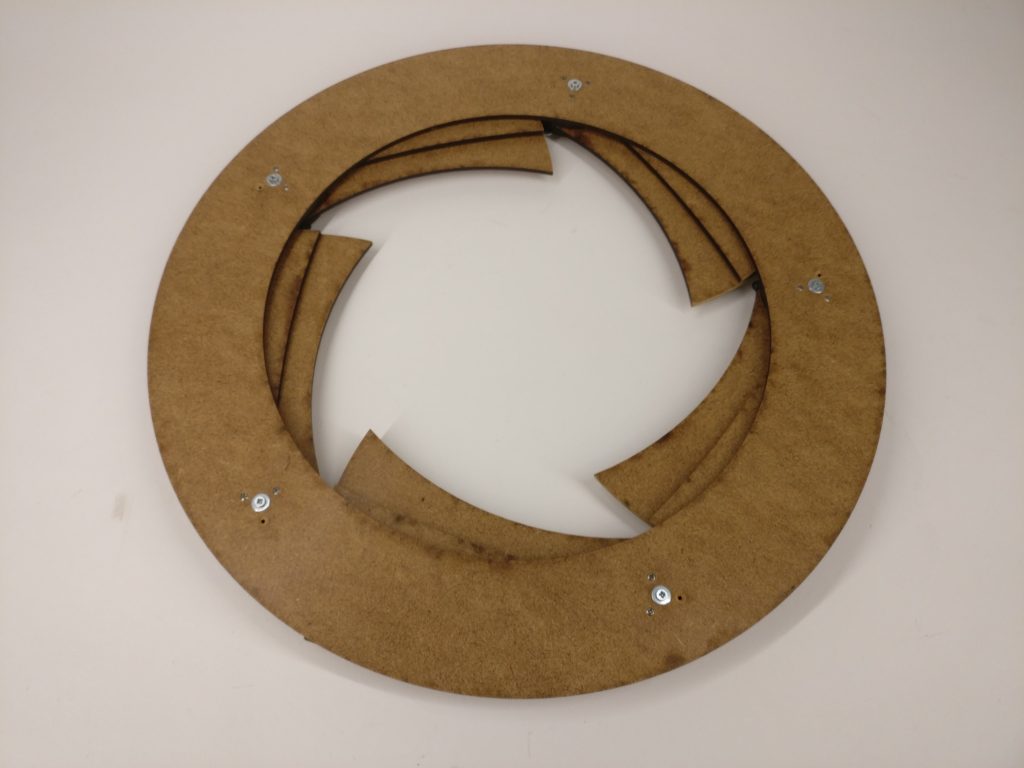 Later I realized that others have had the same idea. 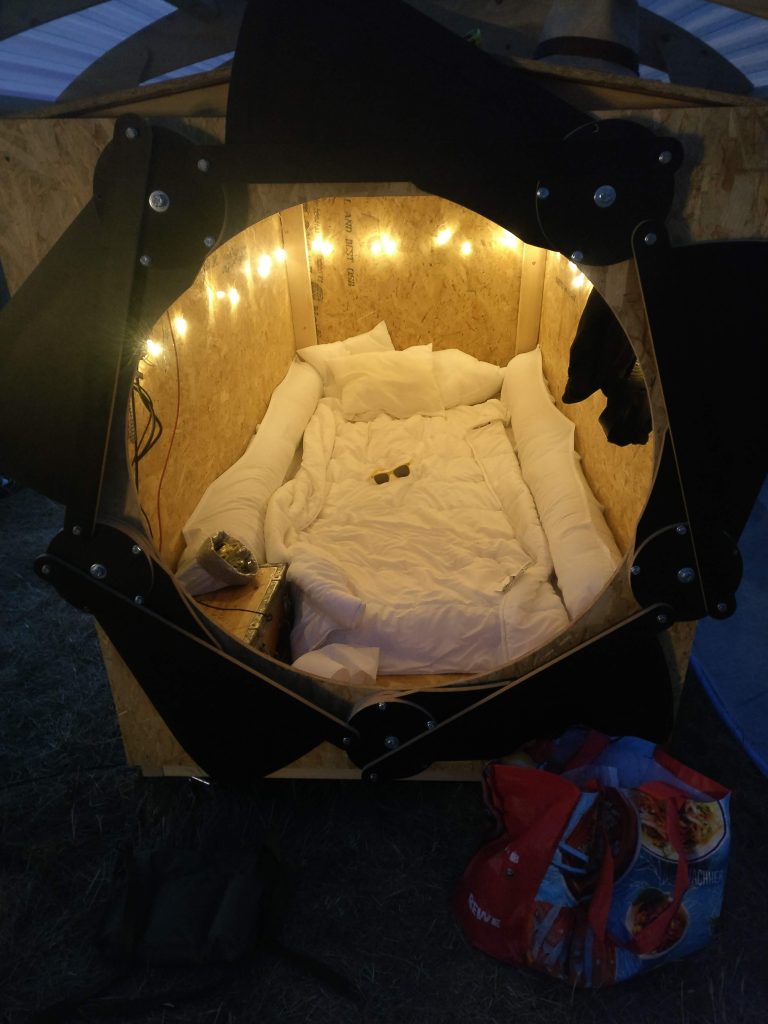