Was building a lot of frames from L-shaped steel profiles. I needed a lot of lengths each with a 45 degree cut at each end. I first tried to use a steel miter saw but it turned out that getting the measurements just right as well as having to flip the stock for each cut was really inefficient.

I then tried to make a simple cutting jig where I just cut by hand with an angle grinder. This worked a bit better but the results was still not consistent. 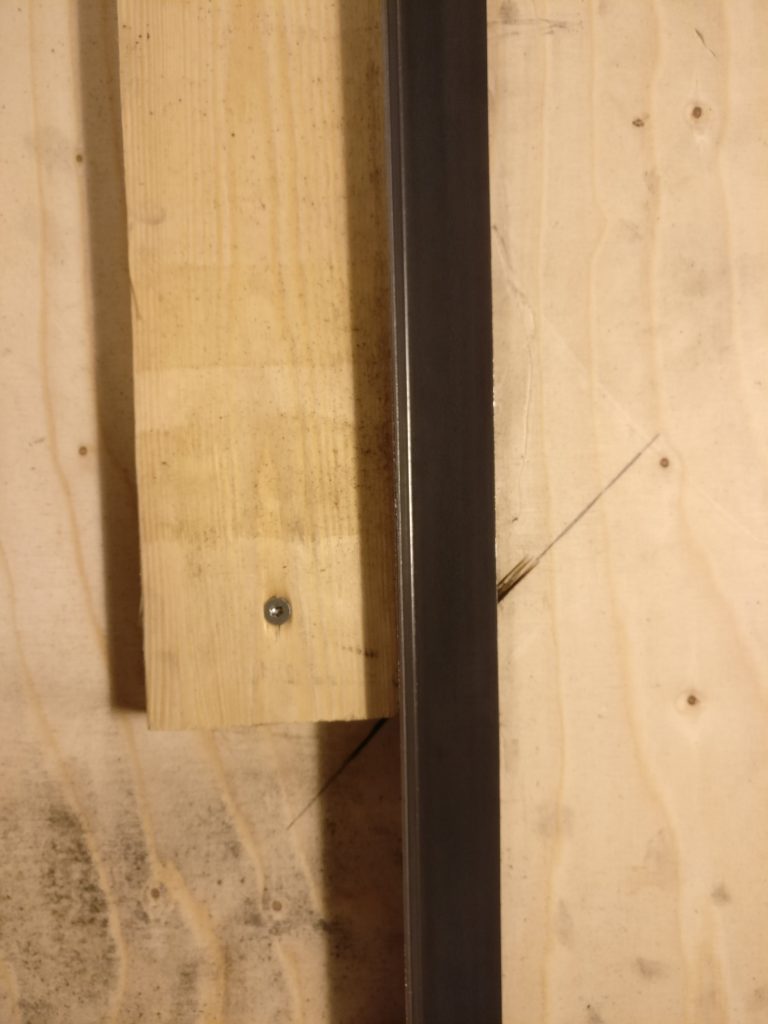 My next attempt wad a double sided guide that also took into account the measurement. 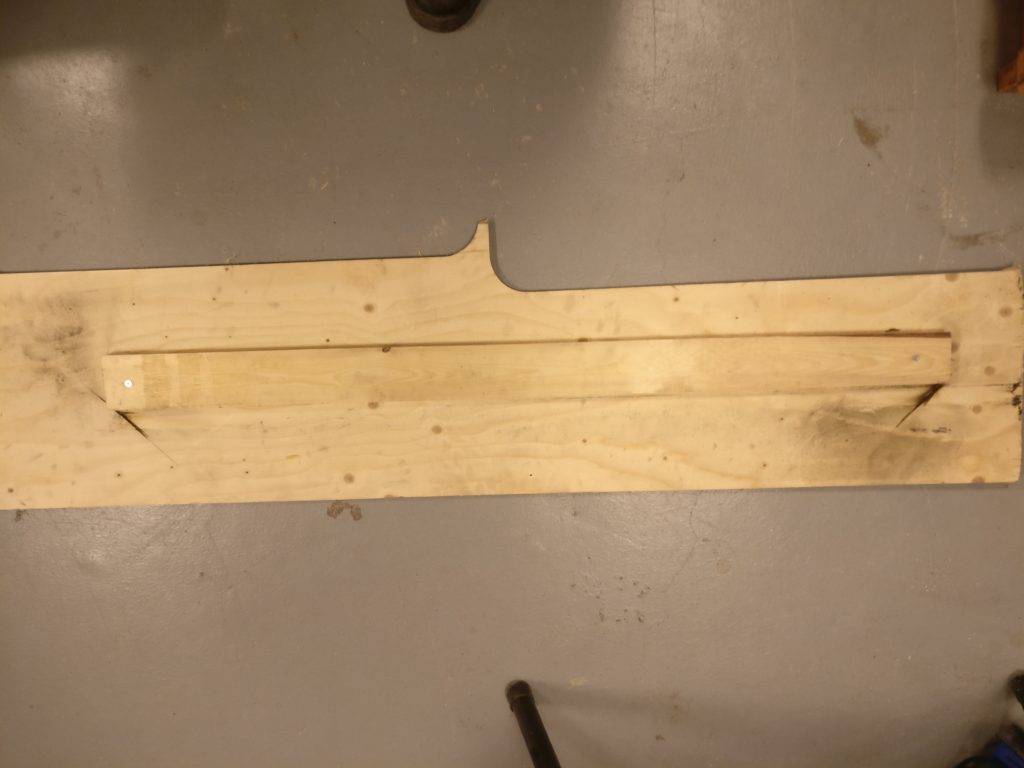 This made cutting to the right length easier but still required careful alignment and a steady hand. At the end of the day I wanted people without handy skills to be able to cut large quantities of steel very consistently so I made this:

The idea was that you would screw above contraption to a board at right position in respect to the guide. After cutting you would flip the stock and make another cut.

Since we had very limited space to work in flipping the stock was not an option, so what to you do?! 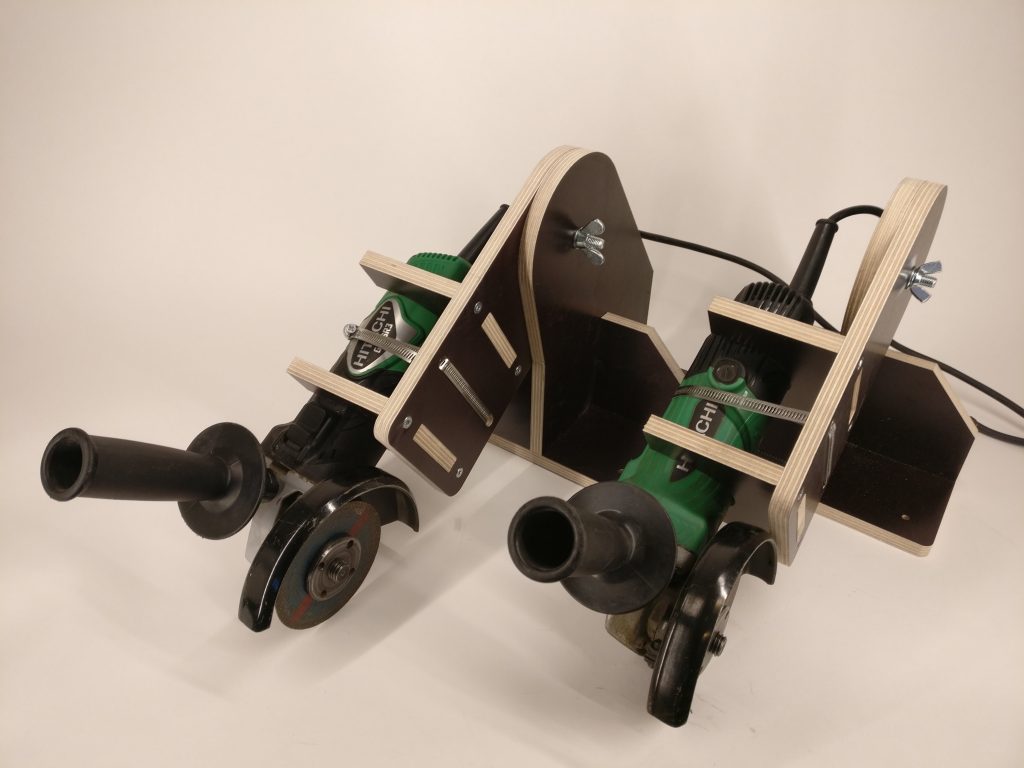 With two grinders mounted you just needed to slide the stock in from one end and cut both ends at the same time. 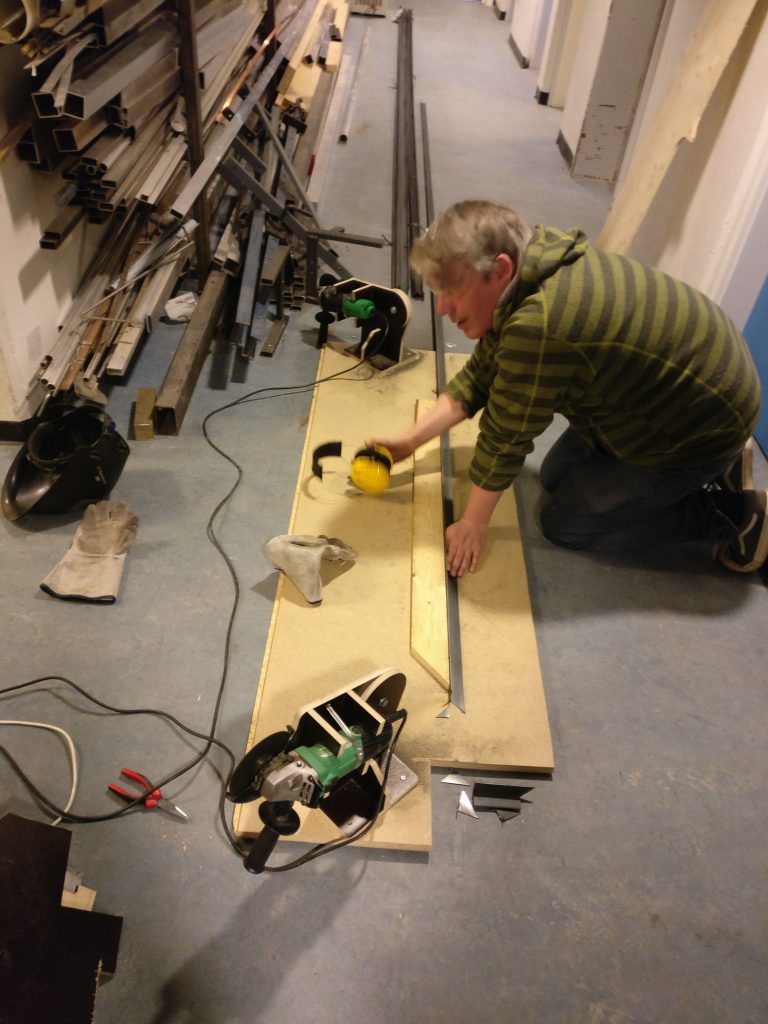 Here is the .DXF file for the parts and a little montage of putting it together: