Have a couple of old cars that I maintain myself. One failed inspection (in part) because of a couple of rusted brackets holding the rear bumper in place. Since replacement parts was not available I needed to make some myself.

I started by measuring what was left of the old part. Only the left side was still intact enough to be replicated but the other side was just a mirror: 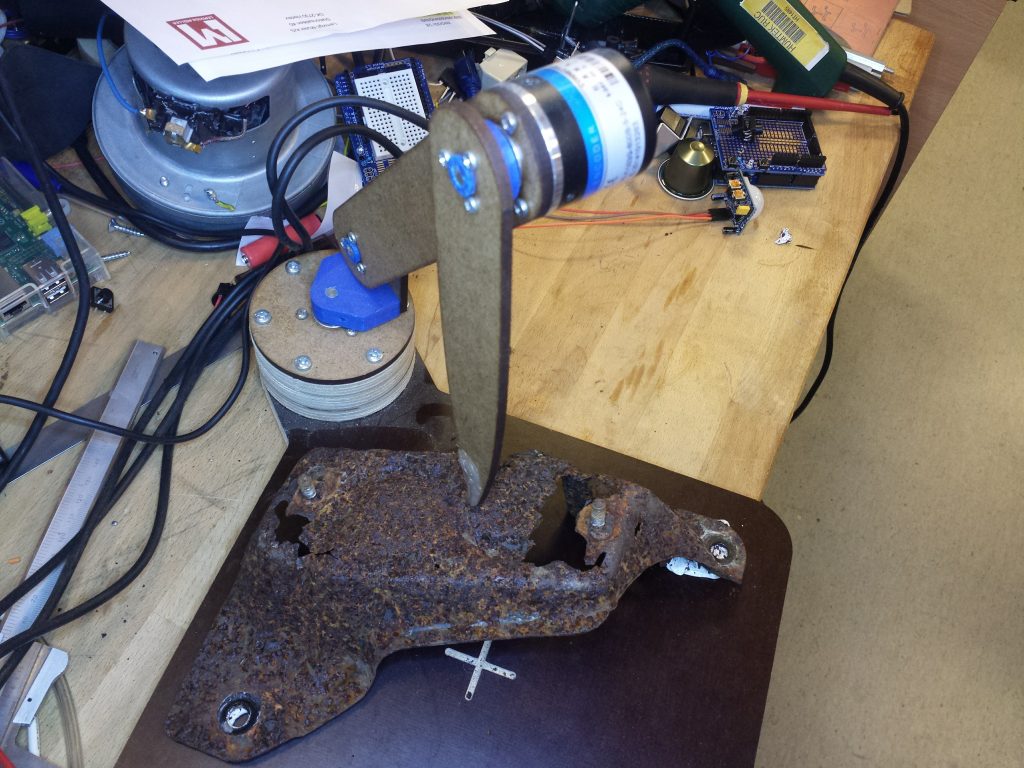 I used a measuring device that I designed earlier. The project is described here and I will post about that later. I was then able to make a digital model of the most important features of the part:

I then made two replacement parts by mirroring: